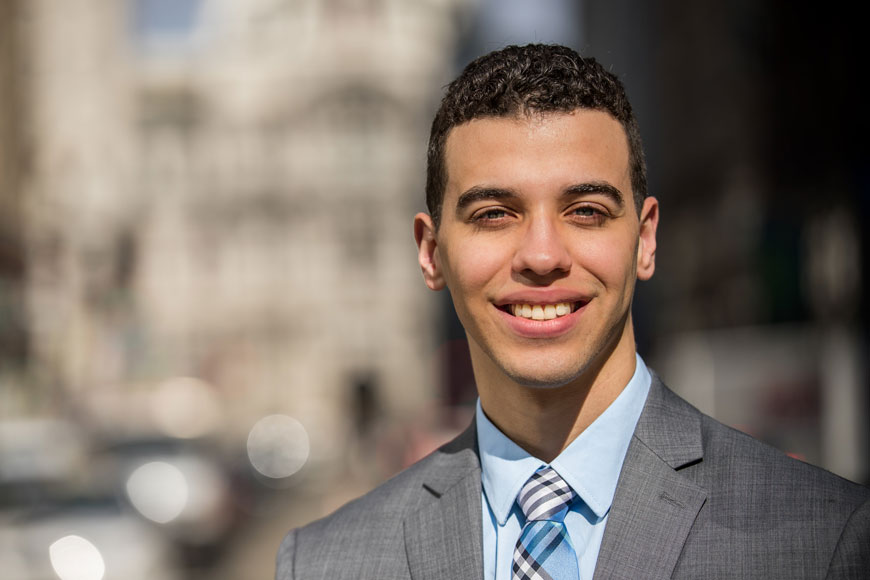 In our most recent Journal of Change issue, we feature six leaders who are making a difference in community health in Philadelphia and across our region. These dynamic individuals were named Future Leaders because although each one has a unique cause, they all share a dedication to the people and communities they serve. Over the next few months, we’ll be interviewing each leader to find out more about their passion, their vision, and their impact.

Marcus Henderson, co-founder and executive director of Up and Running Healthcare Solutions, grew up in the Roxborough neighborhood of Philadelphia, and is a proud graduate of the Philadelphia public school system. It was during his high school years at the Franklin Learning Center that his passion for nursing developed. This passion led him to the University of Pennsylvania’s School of Nursing which is where he met his friend and co-founder, Ian.

IBC Foundation: What inspired you to want to care for homeless individuals?

Henderson: During my first years as a nursing student, I wanted to pursue a career as a geriatric nurse practitioner. However, while working as a student nurse in Kensington, I realized that caring for the community was my true calling. I had an immediate interest in the social determinants of health, community engagement, and working with vulnerable populations. This experience as a student nurse in Kensington led me to focus my career on reducing health disparities for underserved communities, especially the homeless population.

IBC Foundation: How did your plans for Up and Running Healthcare Solutions mature?

Henderson: The original plan for Up and Running Healthcare Solutions derived from our nurse-led model, which included both me and Ian as the case managers for the clients. We wanted to establish trusting relationships with our clients within one to two months, and then carry out a six-month person-centered support program to provide each individual help as they achieved their health goals. Due to the complexity of care that was needed, we adapted our plan to include community health workers. We then took our idea and applied for the President’s Engagement Prize at the University of Pennsylvania. We were awarded the prize and our idea became a reality. The decision to move toward community health workers upon starting the program improved the efficiency of the care that we were able to provide. These workers had a deeper understanding of the community, were more relatable to the clients, and were able to develop trusting relationships with the clients within days instead of months.

IBC Foundation: How do you see Up and Running Healthcare Solutions growing in the future?

Henderson: I am currently working on a plan to ensure our program is sustainable and financially stable. I believe that this can be achieved through our business’ supporting partners, donors, and through grant funding. I also continue to develop the business model by examining the outcomes of the homeless people we serve. I hope to see Up and Running expand its services within the Bethesda Project, which we are currently partnered with, to include its presence in more of their homeless shelters.

IBC Foundation: What has been one of your favorite success stories that you’ve been a part of while serving homeless individuals?

Henderson: There was a man who had given up on seeking care and working to change his situation. Overall, he was very reluctant to accept help or support due to many previously broken promises. He had a history of substance abuse and was very stubborn. After much time trying to build a relationship with him, he revealed that he wore a size 15 triple-extra wide shoe. We quickly replaced his current size 12 sneakers. This simple change in his shoe size had a lasting effect on his overall disposition and outlook on his situation. He immediately began identifying and working toward his personal and health goals.

IBC Foundation: Now that you’ve established yourself, what are some of your current goals for your nursing career?

Henderson: I’m now enrolled in a master’s program for health leadership. I’m also about to begin working as a psychiatric nurse and I aspire to get my Ph.D. later in my career. Down the road I would also like to become involved in health policy so that I can advocate for nurses and try to improve our health care system.

IBC Foundation: How do you find down time? When you do, how do you use it?

Henderson: I enjoy simple pleasures such as going to the beach, playing golf, and spending quality time with my friends and family.

Christopher Baker is currently working as a nurse intern with the Independence Blue Cross Foundation team. This fall he will be entering his final year at Temple University where he is enrolled in the BSN, RN nursing program in the College of Public Health. Throughout his short nursing career, he has gained clinical experience at Temple University Hospital, Children’s Hospital of Philadelphia, Jeannes Hospital, Fox Chase Cancer Center, and Episcopal Hospital as well as in several nursing homes, senior centers, high schools and day cares. 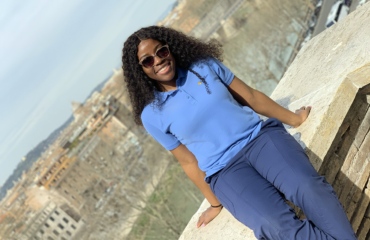 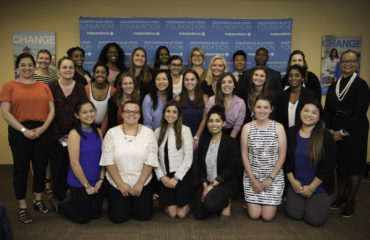