Philadelphia, PA — The Independence Blue Cross Foundation (Foundation), through its Supporting Treatment and Overdose Prevention (STOP) initiative, awarded $200,000 to five nonprofits to improve access to effective prevention and treatment for people struggling with opioid abuse in southeastern Pennsylvania. In 2016, there were more than 1,600 overdose deaths in southeastern Pennsylvania. Since 2009, Philadelphia has seen a 43 percent increase in drug-related overdose deaths and the numbers are expected to climb higher in 2017, according to public health officials. The organizations receiving the Foundation support are:

Since launching STOP in August 2016, the Foundation has provided more than $600,000 in funding to advance research for hospital-based overdose survivor “warm handoff” programs, and raise public awareness for safe medication disposal, opioid abuse prevention, and treatment programs. In addition, in 2017, the Foundation convened PA Governor Tom Wolf and District Attorney Josh Shapiro to discuss the administration’s efforts to respond to the opioid epidemic as a public health crisis.

The Foundation also recently announced new support for a project and multi-media public awareness campaign with the Justice Center for Research at Penn State University to share stories of addiction and recovery to remove the stigma of addiction as a barrier so people and families seek treatment.

Learn more by visiting www.ibxfoundation.org. Connect with the Independence Blue Cross Foundation on Twitter and Instagram at @ibxfdn. 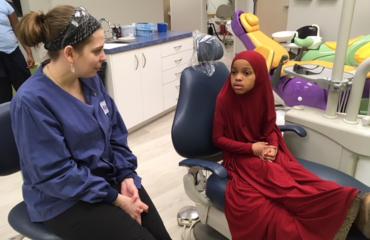 Bringing Dental Care to Communities Who Need it Most 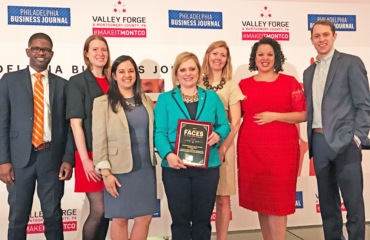 IBC Foundation honored as a 2018 Face of Philanthropy