Lorina Marshall-Blake, president of the Independence Blue Cross Foundation, helped celebrate the fifth anniversary of the Veterans Multi-Service Center’s Women Veterans Center (WVC)  on January 17. The event, held at the Independence Visitor Center, honored military women and their families. The WVC is the only community-based facility in the Philadelphia region – and one of only a handful in the entire United States – dedicated to championing the growing needs of female veterans.

According to the U.S. Department of Veterans Affairs, 10 percent of veterans are women and over 60,000 of those women live in Pennsylvania. In 2014, the Veteran’s Multi-Service Center created the Women’s Center to address the growing and unique needs of women veterans in the region. The center provides help with housing, benefits counseling, job development training and, with funding from the Foundation, wellness programs for women veterans and their families. 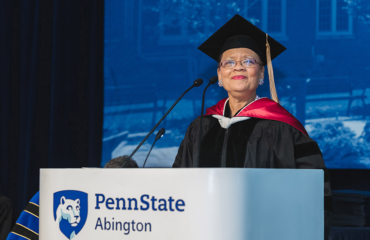