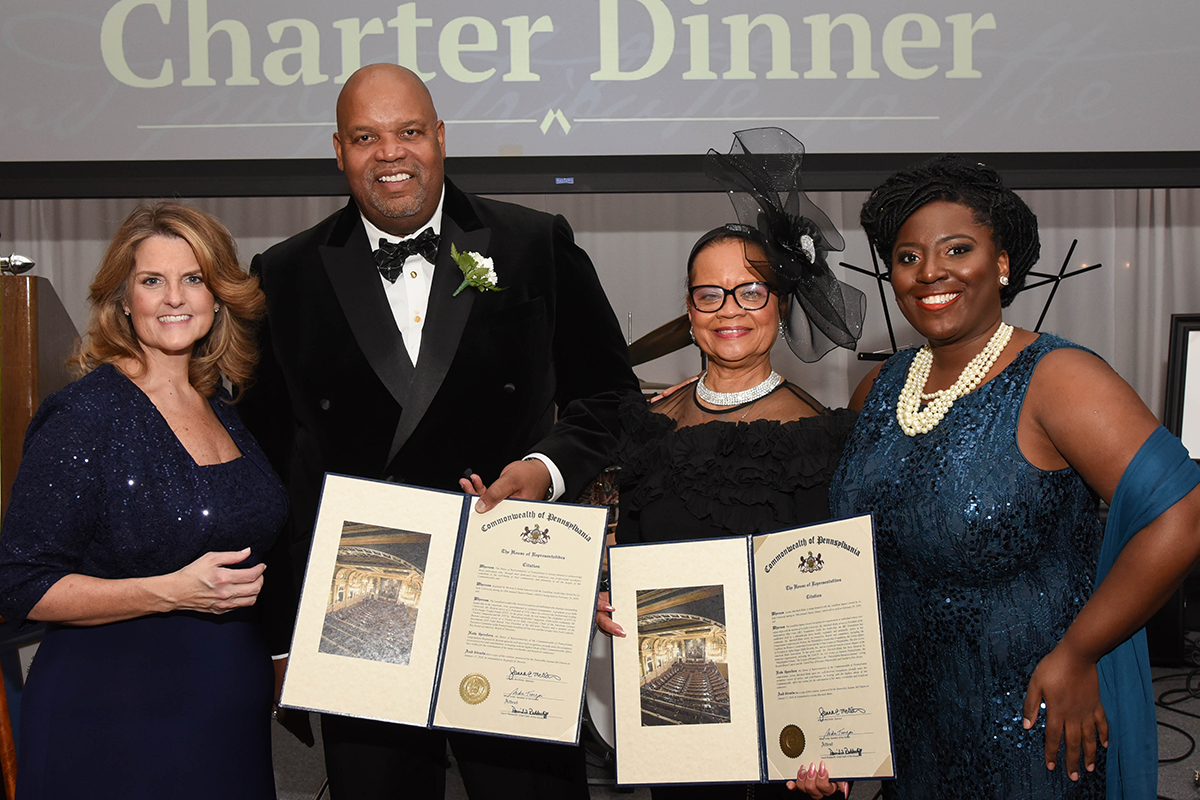 Lorina Marshall-Blake, Foundation president, accepted the award presented at La Salle’s Annual Charter Dinner. In her remarks, Marshall-Blake recognized the many partner organizations the Foundation works to help grow the next generation of nurses and nurse leaders.

The Foundation’s partnership with La Salle’s School of Nursing began in 2004 under the  Independence Blue Cross Nurse Scholars Program and has continued under the Foundation’s Nurses for Tomorrow program since 2011.  Grants awarded through the program provided scholarships for more than 200 La Salle nursing students.

Throughout March, La Salle University celebrates its founding and the contributions of the University, its alumni, students, and community. The Annual Charter Dinner also helps to raise significant funding for students at La Salle.