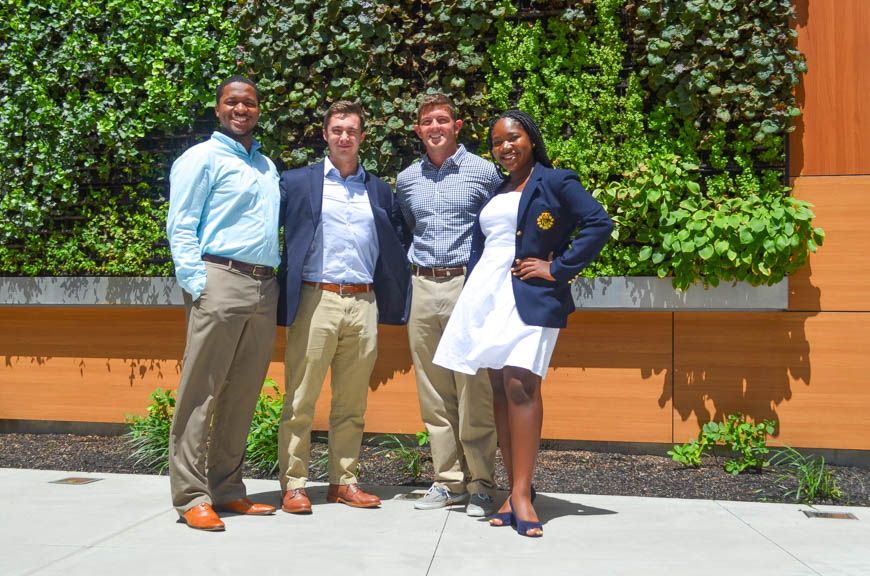 Summer is an exciting time for the Independence Blue Cross Foundation (Foundation). Each year, we welcome a group of interns to our team, all of whom are eager and excited to learn about the Foundation’s mission to lead sustainable solutions for a healthier community. For ten weeks, our interns immerse themselves in the Foundation’s work, supporting its programs, research, publications, and engagement. 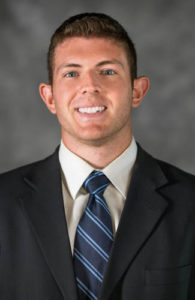 Christopher Baker, Temple University
Major: Nursing
Christopher interned with the Foundation through its Nursing Internship Program. As a nurse intern, he spent his summer supporting the Foundation’s nursing programs. He also completed a research project on the nurse’s role in addressing the opioid epidemic, and how patient teaching can affect treatment. Christopher is focused on completing his senior year of nursing school and passing the NCLEX exam shortly after. He hopes to work as a registered nurse in a trauma or emergency care setting and wants to join the Air Force reserves as a flight nurse. Chris is a passionate Philadelphia sports fan, loves to exercise, and recently began teaching himself how to speak German.

One of Chris’ favorite quotes (attributed to Beverly Sills) is, “There are no shortcuts to any place worth going.” Chris believes that the key to being successful and happy in life is to work hard and with purpose because good luck most often finds the people that work the hardest. 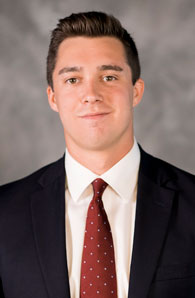 Jake Dianno, Middlebury College
Major: Political Science
Minor: Spanish
Jake returned to the Foundation as a college intern after completing a two-week rotation in 2017. Throughout his internship, he researched work related to interprofessional collaboration and corporate citizenship, and supported the launch of the Foundation’s newest grant program, Community Innovation. Jake aspires to be a city planner and urban designer, shaping the cities and communities where we live, work, and play. In addition to playing catcher and outfielder for his school’s baseball team, Jake plays catcher for the Northampton Orioles in the Pendel baseball league. He also enjoys volunteering at non-profit organizations and playing guitar and piano.

A quote he strives to live by is, “Anything worth doing is worth overdoing. Moderation is for cowards.” For Jake, this Shane Patton quote inspires him not only to do the work, but to do it well. He aims to invest himself fully in any endeavor, never simply going through the motions. Jake views every day as an attempt to make his community and those around him a better place for all. 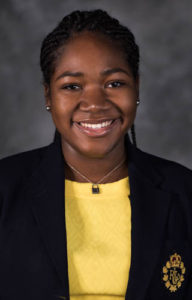 Alexa Green, Xavier University of Louisiana
Major: Political Science, Concentration in Public Policy and Communications
This is Alexa’s second consecutive year interning at Independence Blue Cross as a college intern, working with Community Affairs and the Foundation. In addition to supporting grant administration of the Foundation’s programs, Alexa worked on publications including the Foundation’s blog and newsletter. At Xavier, Alexa is involved in many school groups including the NAACP, Young Democrats, and Ordinary People. She also dedicates her time to community service. After college, Alexa would like to work for a political action committee or political campaign.

A quote that best describes Alexa is, “If you see something that is not right, not fair, not just, you have a moral obligation to do something about it.” This quote, by her hero, Congressman John Lewis, reminds her of her goal to help and influence the community through activism, education, and legislation. 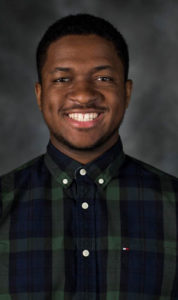 Darren Laws, Jr., Widener University
Major: Business Management
This is Darren’s second summer as a college intern at Independence Blue Cross supporting the administration and communications of both Community Affairs and the Foundation. Throughout his time as an intern he contributed to the Foundation’s blog and social media editorial content, supported and attended various events, and completed research on non-profits in the region. Darren’s long-term goal is to attend law school to become an entertainment lawyer. Darren is on the executive board for Black Men United at Widener and participates in numerous campus activities. Darren is also involved in three different music programs, playing alto saxophone.

A quote that Darren lives by every day is “Without commitment, you’ll never start, but more importantly, without consistency you’ll never finish.” This Denzel Washington quote reminds him that he can accomplish whatever he sets his mind to. He strives to improve himself every day, even if it is little by little.

Many thanks to our 2018 interns! We are proud of all they have learned and achieved this summer and wish them the best as the new school year begins. 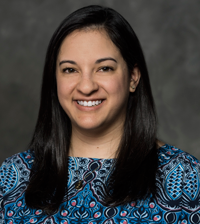 Zaynah joined the Independence Blue Cross Foundation in 2016 as a program specialist supporting the Foundation’s grant administration and communications. In her current role as a senior program specialist, she leads the Foundation’s nursing and health center programs which focus on increasing access to care. Prior to joining the Foundation, Zaynah worked for the National Cancer Institute, supporting the development and promotion of the President’s Cancer Panel’s reports to Congress on high-priority issues related to cancer prevention, treatment, and research. Zaynah received her BS in Health Behavior Science and MS in Health Promotion from the University of Delaware. 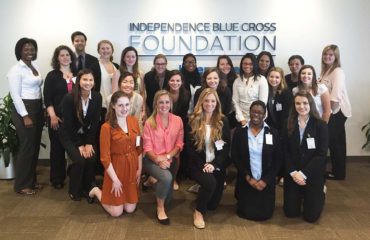 Meet Some of Our 2016 Nurse Interns 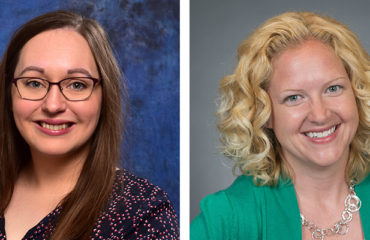