“Someone You Know:” Malik Williams 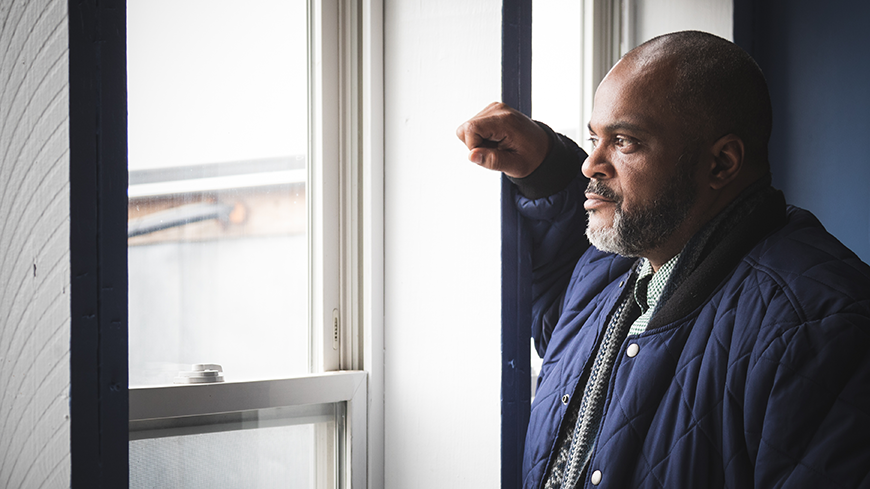 In 2018, the Independence Blue Cross Foundation launched Someone You Know, a national campaign to reduce the stigma associated with opioid use disorder. The campaign shares the personal stories of those affected by the opioid crisis. From those in active recovery to those supporting loved ones, the individuals featured in the campaign are inspiring hope. In honor of National Recovery Month, we are highlighting Malik’s story below. To learn more about the Someone You Know campaign and to hear more stories, visit ibxfoundation.org.

Recovery, in my opinion, is a holistic process in which one transforms their life by enhancing their body, mind, and spirit. It is the act of changing oneself from the inside, and then it outwardly manifests. For me, it was evaluating my belief systems, my thought processes, and ultimately my self-centeredness. I was able to connect with the Spirit that lies within. This connecting gave me a new meaning and purpose in my life.

Through the recovery process and my personal development, I found my entire belief systems changed. I took a scholarly approach to studying my belief systems. I examined my core beliefs, whether or not they were valid, how they were shaped, and how they might change. Through deep reflection, I was able to see how my personal experiences shaped my worldview. Through this reflection process I grew in many healthy ways. I also realized this new outlook on life had to be maintained by learning new coping skills and cultivating a continued spiritual awareness. These daily routines include reflecting and finding ways to express my gratitude for life. Remembering the pain of my past motivates me to keep moving forward. I also attend regular self-help groups, study human development, and use visualization techniques. Most importantly, I try to do something to help someone else every day because there is a strong power in service.

Recovery has taught me to appreciate who I am. I am a good person with an enlightened spirit. I am intelligent, and I have many creative skills. I also have many goals, dreams, and ambitions. I am a man who has accomplished many things throughout my life, and loves to grow consciously and spiritually. I am also a man who has survived and overcome many obstacles and hard times throughout my life. Within the midst of my pain I have found growth. Without adversity, there is no growth.

Support From One Day at a Time

I first became involved with One Day at a Time (ODaaT) because I used to work as a photographer for Mel Wells, president of ODaaT. At the time, I ran my own photography business in addition to my own recovery program. During that time, I relapsed and I was arrested for shoplifting. While in jail, I wanted to go somewhere where I knew I could build a foundation and begin my recovery process. That’s when ODaaT came to my mind. I had someone call Darrell Chapman, vice president and director of ODaaT, and ask if I could come there once I was released. When the judge released me, I went straight to ODaaT. They gave me a job, a space to work on my recovery, and the opportunity to grow my business.

My experience with the “Someone You Know” campaign began with filming my opioid story. I was nervous at first because I had never told my story to anyone outside of the recovery circle. Additionally, I was concerned about my business and my reputation. I was also worried about the stigma associated with not only the opioid epidemic, but the entire recovery community.

Then I participated as a speaker in the community conversations hosted by Penn State and the Independence Blue Cross Foundation. I was still nervous because when I filmed my story, there were only three people there, but at the community conversation there was a large group. However, the nervousness subsided quickly because I just wanted to show that the stigma and general perception of people affected by the opioid epidemic had a negative impact. This crisis affects people from all walks of life, regardless of upbringing, education, socio-economic status, race, or identity.

When I took part in the Philadelphia community conversation I happened to run into an old friend, Lisa Kelly. I knew Lisa back when I was still in my active addiction. She and her partner Katherine were just starting their “Tea and Textiles” project on Kensington Ave and one day Lisa asked me to stop and knit something. Thinking back, I am amazed I stopped because I don’t even like knitting yarn! I think of that moment as a miracle, because for that hour I was with Lisa, I was at peace. I wasn’t wondering how I would get my next bag of heroin. I wasn’t focused on my problems. I was just knitting. I stopped by a few other times and participated in her art workshop but when I got clean I never thought I would see her again.

When I ran into her at the Philadelphia community conversation after all these years, we found out that we were both participating in the “Someone You Know” campaign! It was such a pleasure to see her again and introduce her to the “real” me.

Malik is currently the Men's Coordinator at One Day at a Time, overseeing the men's drug and alcohol program. He also works with the shelter/encampment site at Odaat and supervises a community cleaning project under an initiative called, One Block at a Time. He is also the owner of Xclusive Images and a student at the Community College of Philadelphia working towards an Associate’s Degree in behavioral health with a long-term goal of obtaining his Bachelor’s degree.
Tagged under: Independence Blue Cross Foundation 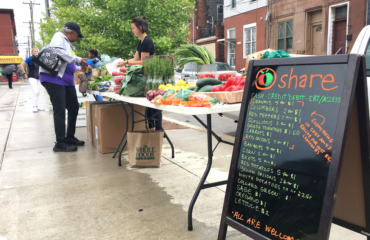 Combatting Food Deserts in Our Region 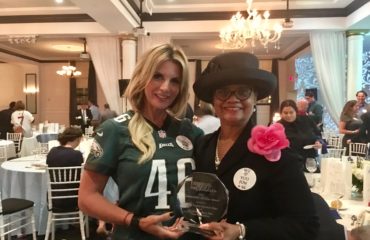 IBC Foundation president honored for her community service and partnerships 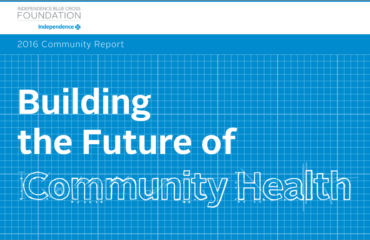 Building the Future of Community Health